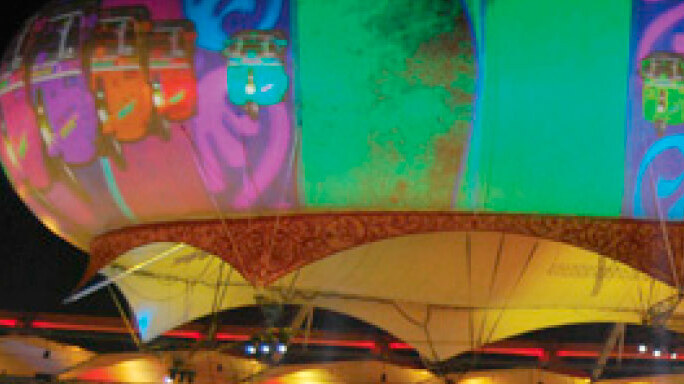 When setting up major international events, failing entertainment facilities are not an option. CodeMeter helps protect the professional software for large scale AV shows. A long-standing cooperation that has resulted in seamless world performances.

Dataton has been firmly established in the international events and entertainment industries since the 1980s. The Swedish company‘s key products include the award-winning Dataton WATCHOUT™ multi-display production and presentation system, as well as the intuitive Dataton PICKUP™ audio guide.

Recent high-profi le WATCHOUT projects include digital signage at the flagship H&M store on the Champs Elysées in Paris, outdoor architectural projection in Gothenburg city centre and the opening and closing ceremonies of the 2010 Commonwealth Games in India. For over 10 years, Dataton has used WIBU products such as WibuKey, CodeMeter and CodeMeterAct for software protection.

Michael Engström, Director of Sales, Dataton: “We have worked with Wibu-Systems ever since the launch of WATCHOUT in 1999 and really appreciate the reliability of the product. Our systems are used in very prestigious projects, with literally millions of viewers on occasion, and everything has to run perfectly.“

WATCHOUT was recently used at the spectacular opening and closing ceremonies of the 2010 Commonwealth Games. Designed to showcase the host country‘s culture, history and civilization, the ceremonies were broadcast to a massive global TV audience from the 60,000 seater venue.

The centerpiece was a gigantic helium balloon, believed to be the largest of its kind, which provided a 360° projection surface on its underbelly. To cover the surface, 32 Barco 20K projectors were fed with images from a WATCHOUT system. The 16 pairs of projectors, positioned around the venue, were driven by 16 channels of WATCHOUT, each with a live back-up machine.

The WATCHOUT system handled all of the blending and warping functions, and, with WATCHOUT at the helm, all 16 projector images could be displayed as a single seamless image on the balloon.

This screen reduces the power consumption of the monitor when you are not active on our site.
To resume browsing, simply move your mouse.